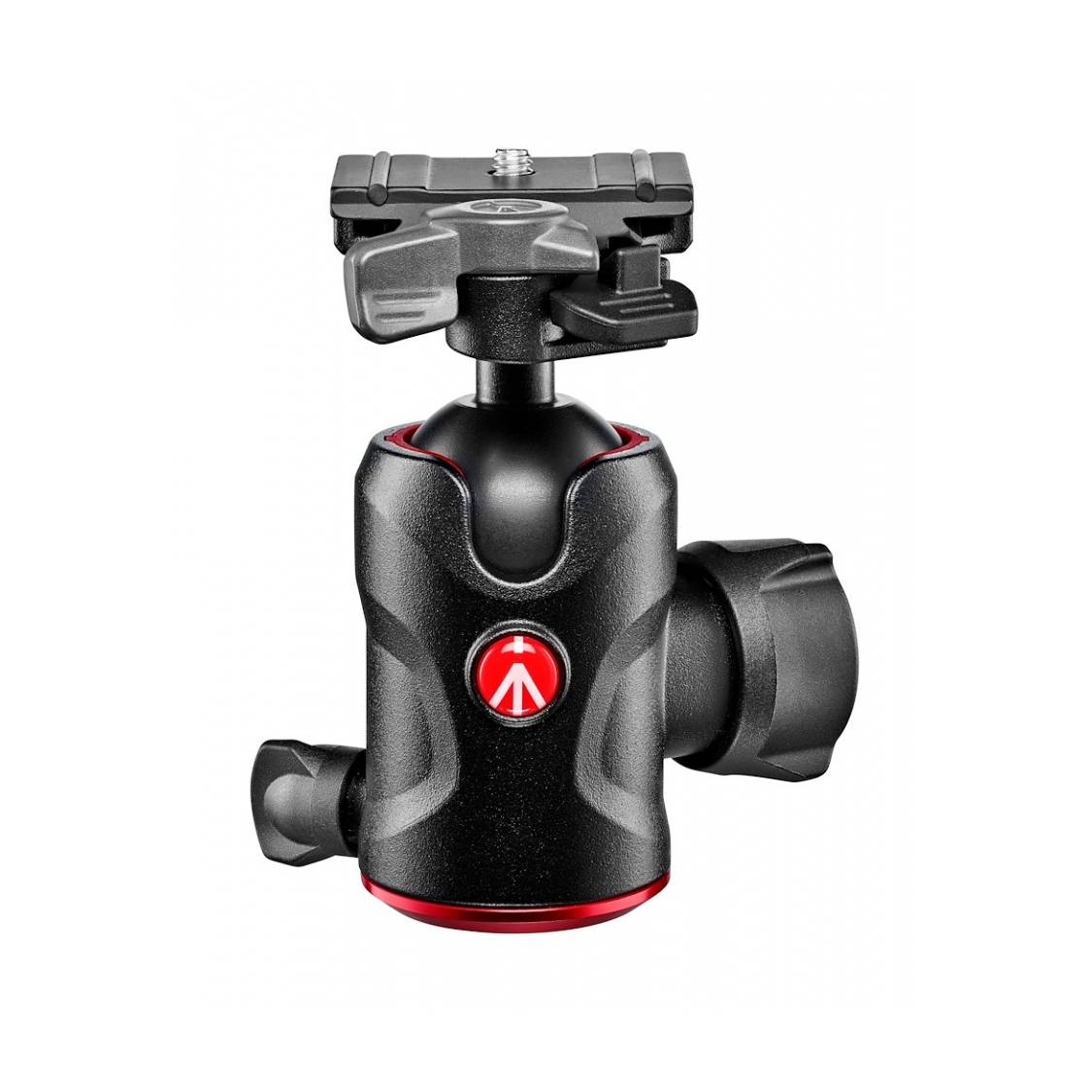 The XPRO Magnesium Ball Head with 200PL-14 Quick Release Plate has a load capacity of 22.1 lb and can be attached to tripods or other support systems that feature a 3/8"-16 mount. By loosening this XPRO Magnesium Ball Head's primary locking knob, its ball-and-socket joint can be quickly swiveled, angled, fully tilted, or returned to its upright position. Toward the ball head's base is a secondary locking knob that controls the ability to rotate the head 360°. An additional knob opposite the secondary locking knob can be rotated to apply tension control to the ball-and-socket joint's movements.