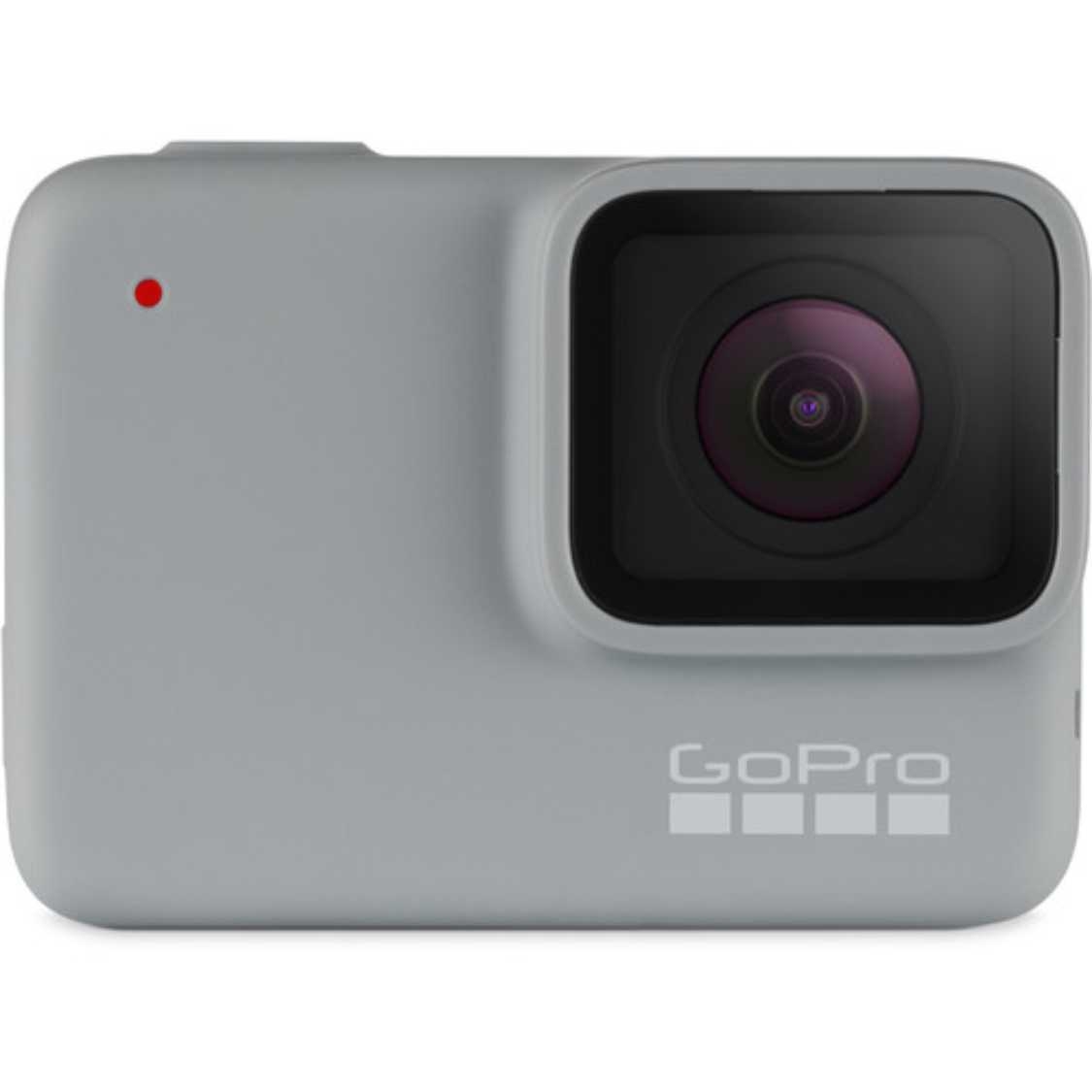 The second most advanced model in the HERO7 lineup and one of the most advanced action cameras of its time, the GoPro HERO7 Silver records 4K video at up to 30 fps, shoots 10MP photos, and offers many sophisticated features to go along with the image capture. These features include digital stabilization for smoother video, voice control allowing for hands-free commands, a photo timer for individual and group selfies, and a GPS function that tracks your speed, distance, and other factors and lets you document these in the included GoPro app for iOS and Android.

The camera is waterproof down to 33' natively, without any housing required. It's rugged and rubberized and has an intuitive 2" touchscreen display on the rear. A Touch Zoom feature provides a quick and effective way of framing your shots using your fingers on the touchscreen. Other features include time-lapse capture, wide dynamic range (WDR), and a portrait mode which allows you to physically turn the camera into a portrait orientation and shoot portrait photos that you can seamlessly upload to Instagram, Snapchat, and other social media sites. The HERO7 Silver operates on a built-in rechargeable battery. Please see the Features section below for a list of all the features.