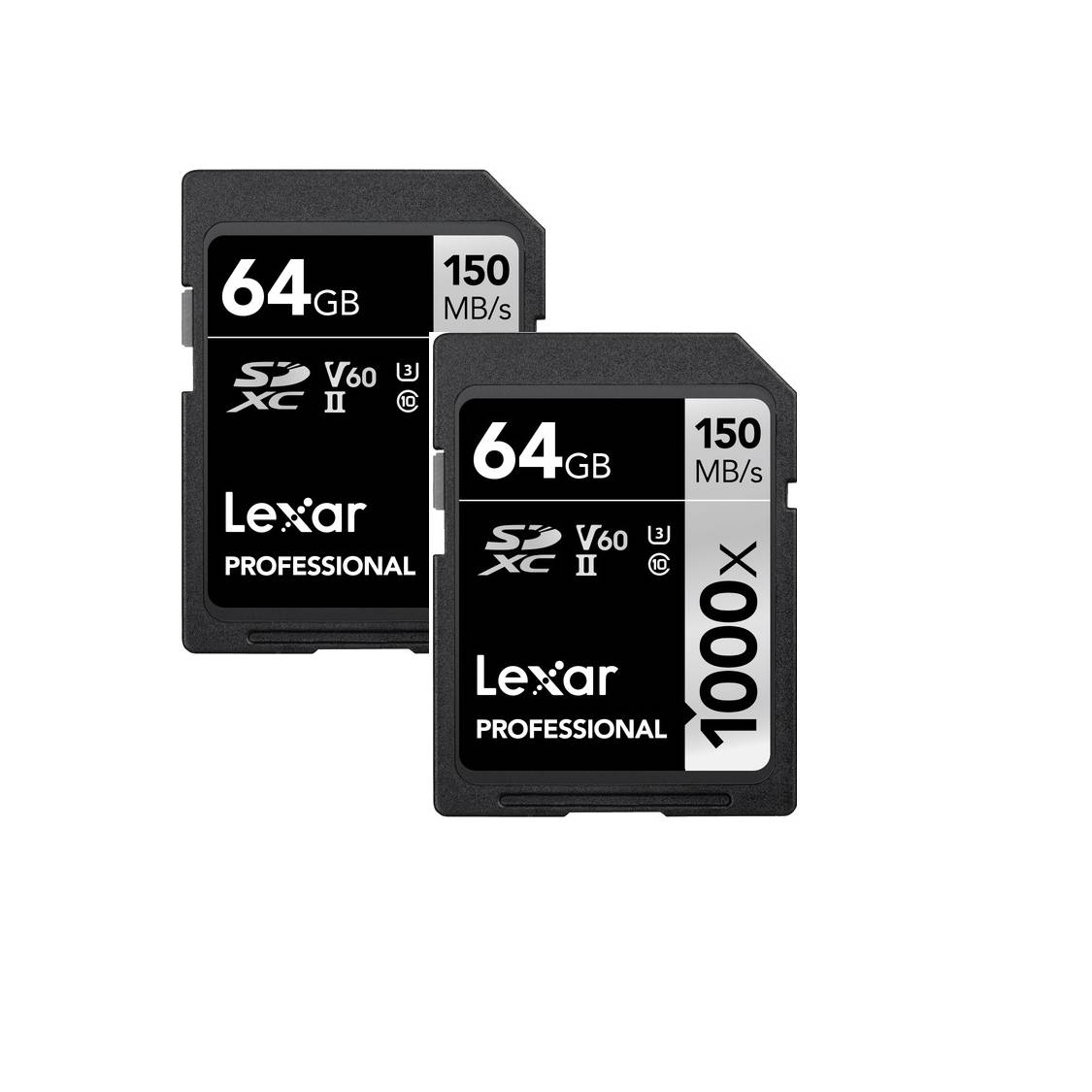 The 64GB Professional 1000x UHS-II SDXC Memory Card (2-Pack) from Lexar features a storage capacity of 64GB and takes advantage of the UHS-II bus to support advanced DSLR functions such as continuous shutter bursts and rapid shooting, as well as raw and JPEG captures. This card is also well-suited for video capture, including 4K, 3D, and Full HD video, and can achieve maximum read speeds of up to 150 MB/s. Thanks to its V60 speed class rating, minimum write speeds are guaranteed not to drop below 60 MB/s.

To help protect against accidental file deletion, there is a built-in write protect switch. To further safeguard against possible data loss, users can download free Image Rescue software that is designed to recover most photo and video files.