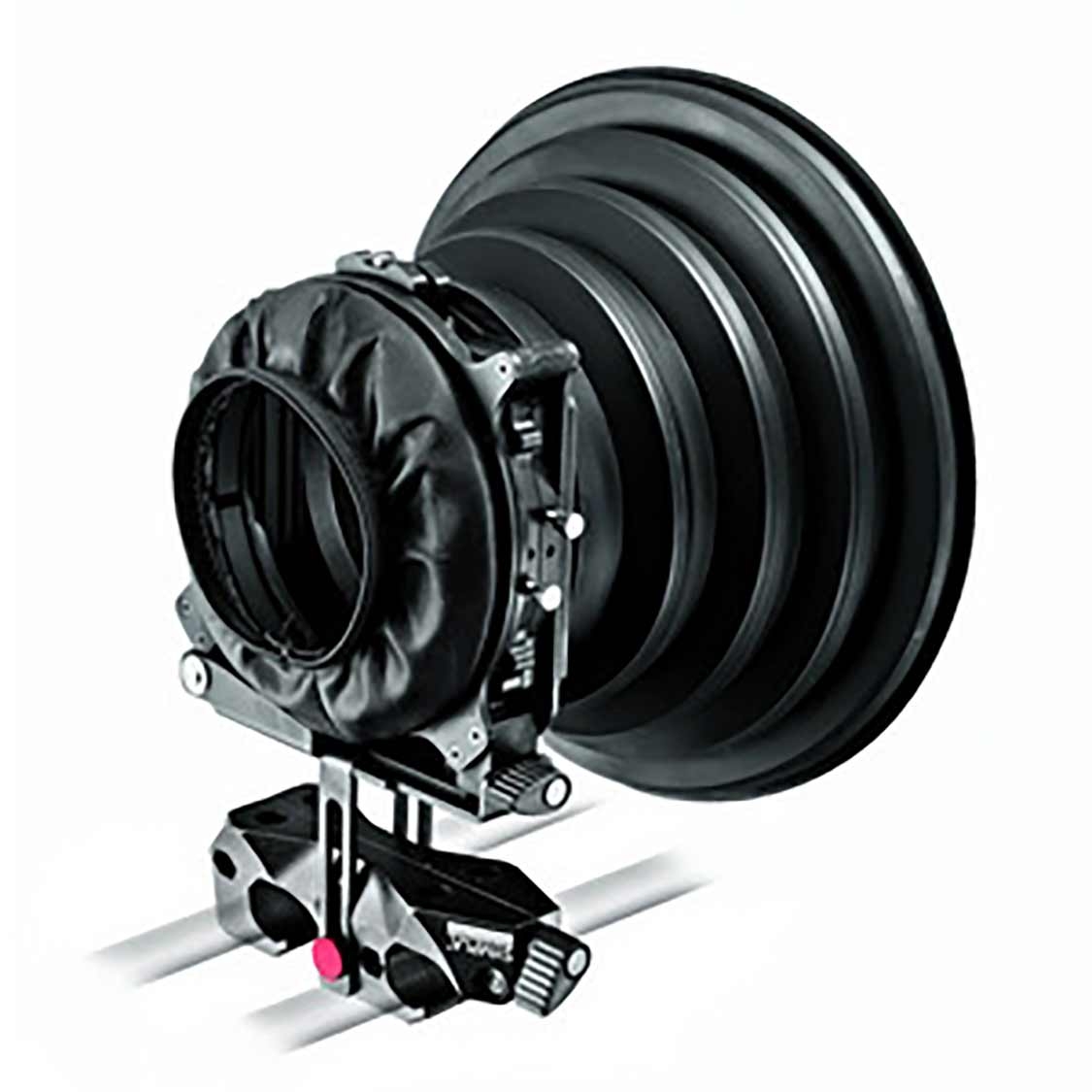 High quality digital sensors and photo lenses need careful control of incoming light and the SYMPLA Flexible Mattebox is a universal light-hood, a positionable anti-glare/anti-reflection shield and a double 4x4'' filter-holder, all rolled into one. A key component of the SYMPLA system, the Flexible Mattebox is designed for speed and ease of use, with its 90° hinge allowing fast lens changes and single-lock, tool-free height and front-back movements for equally speedy alignment.

The SYMPLA Flexible Mattebox is designed for cameras with interchangeable lenses; fitted on a Universal Mount, it slides backwards and forwards along SYMPLA rails, and has 50mm (1.96'') of vertical travel so that it can be aligned with lenses of different lengths and heights. The mattebox has an elasticated textile lens seal that fits common lens diameters, and is built around a 90° swivel joint, which rotates the mattebox out of the way for fast lens changes. The weight of the Flexible Mattebox is fully supported by the SYMPLA rails (not by the camera lens) reducing stress on the camera’s easily-damaged lens mount.

Two 4x4'' filters can be held in front of the lens – one of the filter holders rotates to allow a polarizing (or graduated) filter to be angled correctly.

The concertina rubber light hood is opened or closed, partially or fully, in an instant. More versatile than the traditional French flag design, it can shield unwanted directional glare from any angle without blocking light from the rest of the scene; in many cases, that can make a direct difference to the f-stop that can be used. because the hood is flexible in length, it's universally compatible with lenses from wide-angle to tele. it packs flat for transportability and, when open, protects the lens against knocks and scrapes. Being made of rubber, it won't hurt anyone who accidentally bumps into it… which means it’s much safer for use in crowded places or close to sporting events.

Another benefit of the flexible hood is that it can be used when shooting at an angle through glass: position the camera and extend and angle the hood so it forms a seal against the glass, thereby cutting out reflections. Repositionable ratchet locks on all movements.