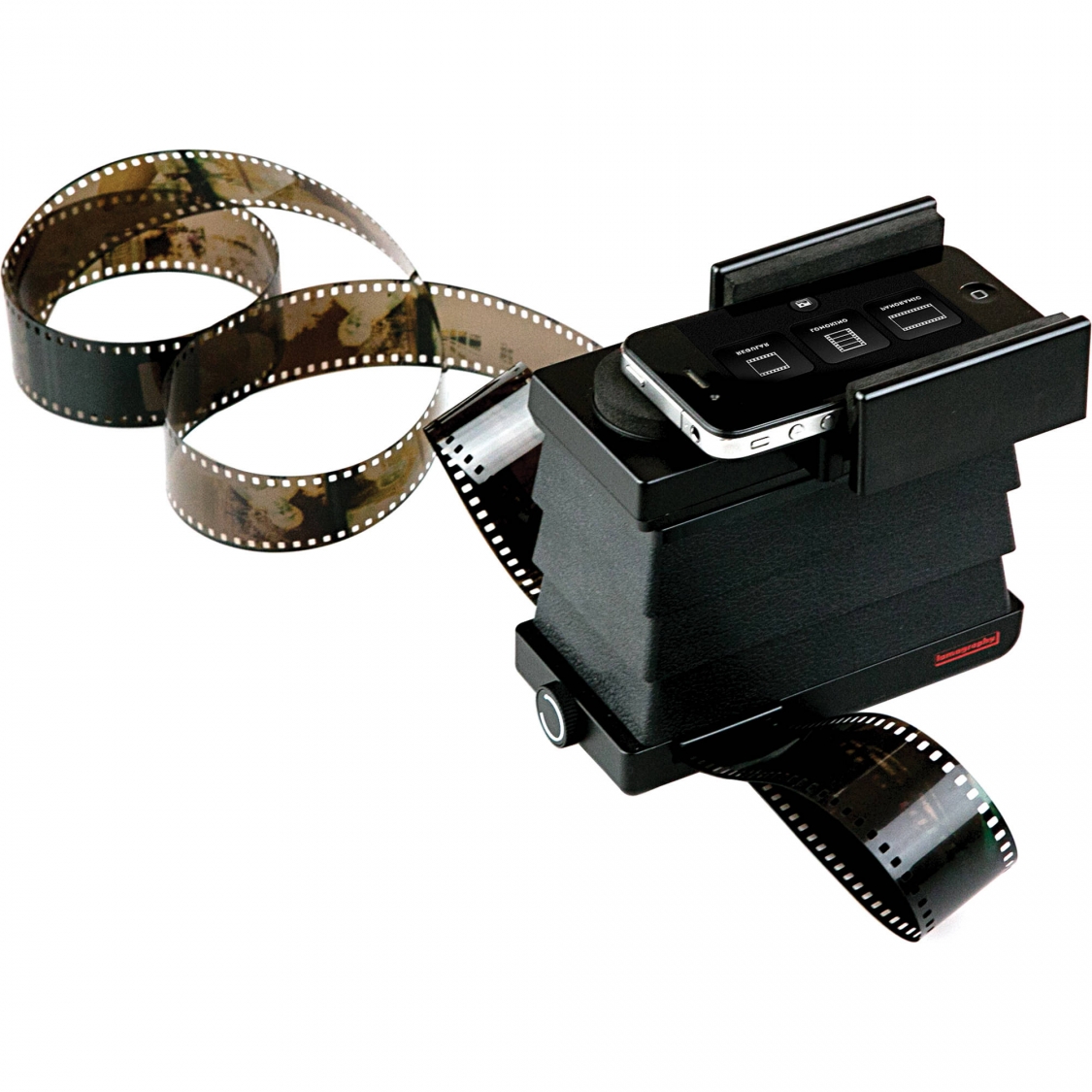 In an instant, you'll end up with a digital version of your film which can be archived, emailed, posted on social media sites or printed. It also offers unrivaled speed and convenience when compared to other film scanners.

Instant Scanning, Instant Sharing
The Smartphone Film Scanner has been developed by a team of experienced analog engineers to offer a quick and easy solution for scanning and sharing 35mm photos!

The scanner is designed with a direct light panel which illuminates your film; scanning each film is made as easy as capturing a photo on your phone. It scans at a quality perfectly capable for archiving, sharing and even printing!

iPhone and Android Compatible
The Smartphone Film Scanner is compatible with all iPhone models and selected Android Smartphones too.

Works With All 35mm Films
The Smartphone Film Scanner allows you to scan all different kinds of 35mm film imaginable. You can easily scan color negative, color slide and black & white films. It's also great for scanning those unconventional photo formats including longer panoramic shots such as those taken with the Lomography Horizon and Spinner 360° cameras and 35mm analog movies such as those taken with the Lomography LomoKino.